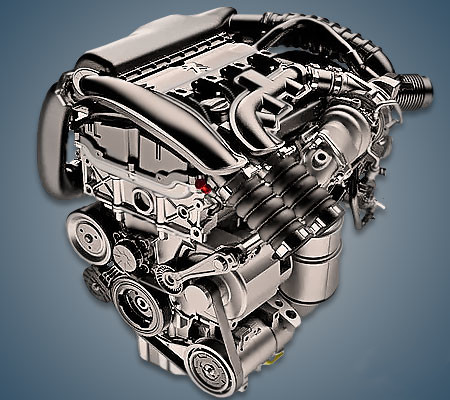 In 2006, the 1.6-liter Prince series turbo unit debuted on the Peugeot 207 CC convertible. A little later, a 140 hp 5FT engine was added to the 150-horsepower version of the 5FX for models with automatic transmission. The design was quite advanced: an aluminum cylinder block with cast iron liners, an aluminum 16-valve DOHC cylinder head with hydraulic lifters, a timing chain drive, an adjustable oil pump, an electric pump and a BorgWarner K03 TwinScroll turbine with an intercooler.

Unlike naturally aspirated engines in this series, the turbo engines did not have a Valvetronic system, and were also equipped with a Vanos phase regulator only on the exhaust camshaft, and not on both.

Disadvantages of the EP6DT engine