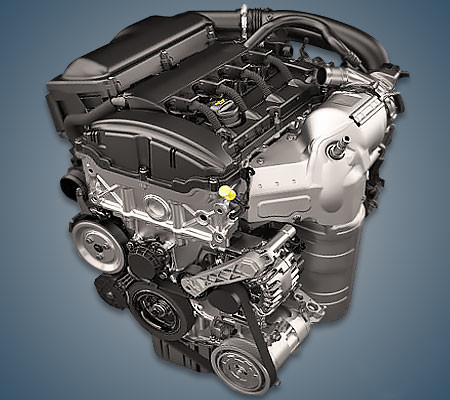 In 2009, the company introduced an updated version of the EP6DT motor under the EP6CDT index. The basis of the design here remained the same: an aluminum cylinder block with cast-iron liners, an aluminum 16-valve head equipped with hydraulic lifters and a timing chain drive. A powerful TwinScroll BorgWarner K03 turbine with an intercooler is responsible for supercharging in this unit. Unlike atmospheric engines, there is no Valvetronic here, and the phase regulator is only on the exhaust.

The main differences between the updated EP6CDT motor and its predecessor EP6DT were: its own firmware and a more modern catalyst, which allowed it to fit into Euro 5 environmental standards, an oil pump with the ability to adjust both pressure and flow, a different vacuum pump, a pump with an electromagnetic clutch and crankshaft liners with grooves to reduce friction. Also the lubrication pressure sensor finally moved from the head to the oil filter bracket.

Disadvantages of the EP6CDT engine