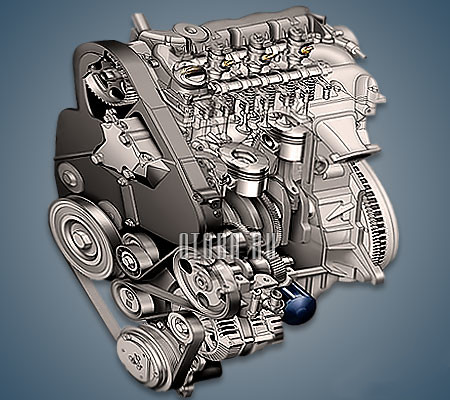 Diesel units with a volume of 2.2 liters first appeared in 2000 on the Peugeot 607 model. By design, there is a cast-iron block, an aluminum 16-valve cylinder head with hydraulic lifters, a combined timing drive in the form of a belt and a small chain between the camshafts, a Common Rail fuel system manufactured by Bosch EDC 15C2 or Siemens SID 801, balancer shaft block and Garrett GT1549P variable geometry turbine with intercooler.

A feature of the engine is the system for changing the turbulence of the air flow in the intake – SWIRL. That is, in fact, there are two intake manifolds, the air flows from which are mixed, thereby increasing vortex formation and contributing to the complete combustion of diesel fuel.

Disadvantages of the DW12TED4 engine