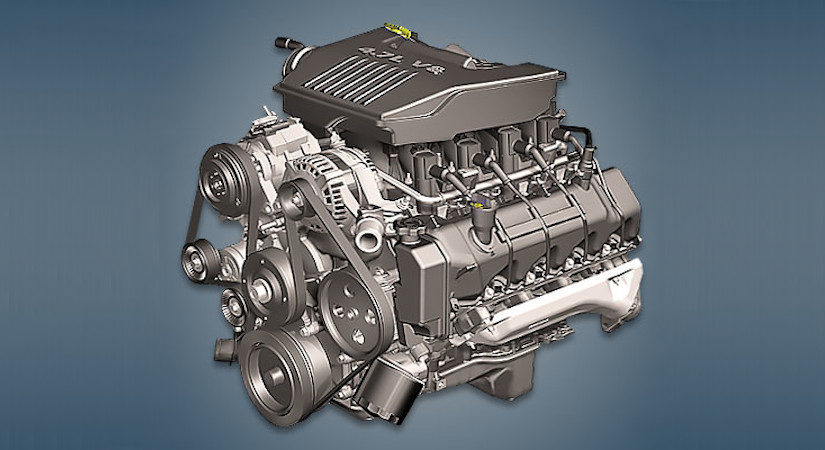 The 4.7-liter petrol V8 Jeep EVE engine was produced by the company from 2008 to 2013 and was installed on charged versions of such models as Grand Cherokee, Commander, Aspen. This motor was distinguished by an electronic throttle and new cylinder heads with two candles per cylinder.

Disadvantages of the EVE engine