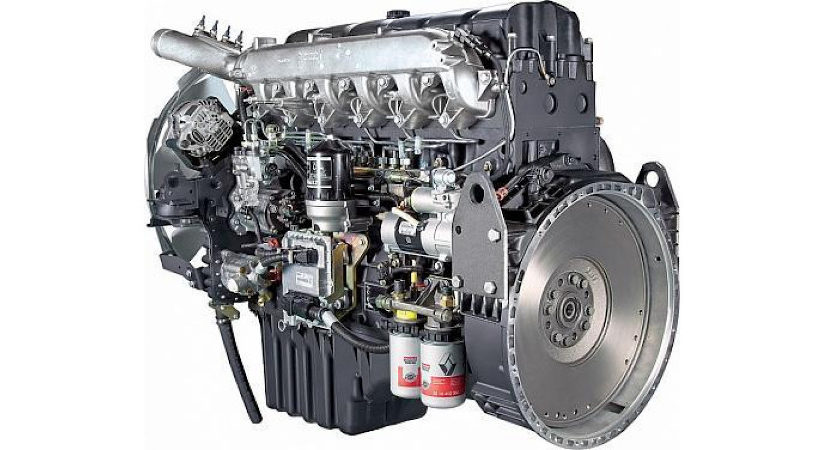 The YM3-650 6-cylinder in-line diesel engine became the Russian version of the French engine from Renault Trucks. The license for its serial production was acquired in 2006. This power unit has been widely used on heavy trucks and has proven itself positively. The motor is considered to be perfectly balanced due to the number of cylinders and the perfectly matched order of their operation.

YaMZ-65O is a liquid-cooled turbocharged diesel engine with a displacement of 11.1 liters and a maximum power of up to 412 hp. Compared to the V-shaped “eight”, the YaMZ-650 engine has a higher (by 37.7%) liter power, more (by 5.5%) torque, 280 kg less weight and slightly lower fuel consumption. In addition, an inline-six is ​​much more efficient in terms of balance. By design, the YM3-650 is much younger than domestic motors.

YaMZ-650 are a new family of diesel engines designed for operation:

These are motors that use an in-line 6-cylinder cast iron cylinder block with wet cast iron liners and oil spray nozzles to cool the pistons. Inside, a steel crankshaft with a piston stroke of 156 mm, main journals of 108 mm and with crank journals of 77 mm is installed on 7 supports. Connecting rods – made of steel, having a length of 300 mm; pistons – aluminum, 123 mm in diameter. In a single head for all 6 cylinders, each of them has 4 valves: 2 at the inlet and 2 at the outlet. The camshaft is installed in the block. 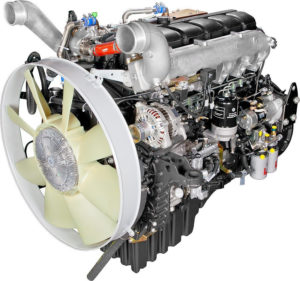 The valve cover is made of glass fiber reinforced plastic. It is isolated from the engine with a rubber gasket to help reduce overall noise levels. The camshaft and auxiliary gears are located at the front of the engine. 2 full-flow oil filters and a centrifuge provide the engine oil with a high degree of purity and an optimal drainage period. Intercooled turbocharging provides increased power-to-weight ratio and other important metrics.

The main feature of the engine is the second generation Bosch Common Rail fuel supply system. In appearance, it resembles a conventional in-line injection pump, but has a common storage pipeline and electronic nozzle control. The fuel is supplied to the injectors through individual fuel lines from the accumulator. The heart of a modern diesel engine is an electronic control system, which generates signals from the injector solenoid for the injection advance and delivery time. The programmable part of the system allows you to change the settings of the unit within a wide range.

The lubrication system is equipped with a centrifuge and two full-flow filters. This design ensures reliable engine operation throughout its entire operating life. A high degree of oil burnout is observed in diesel engines, so this system is relevant.

The consumer characteristics of the engine distinguish it favorably from all diesel engines of a similar power range mass-produced in the Russian Federation, these are: