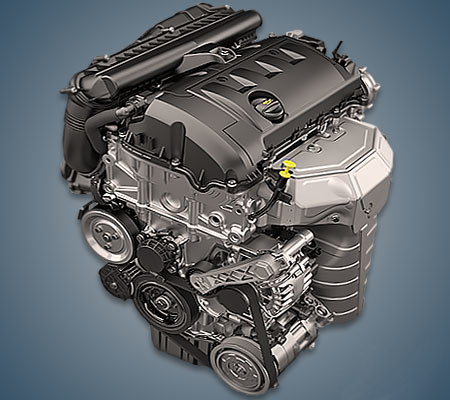 At the beginning of 2009, an updated modification of the EP6 gasoline engine was introduced, created in collaboration with BMW. On Mini vehicles, this unit is known as N16B16A. The basis of the design has not changed: there is an aluminum cylinder block with cast-iron liners, a 16-valve cylinder head with hydraulic compensators, distributed fuel injection, a timing chain, Vanos-type phase regulators on two shafts, and a Valvetronic throttleless control system.

The main differences were a new oil pump with both pressure and flow control, a new vacuum pump, and an even more modern water pump with an electromagnetic clutch. The motor received an advanced catalyst, which allowed it to fit into the strict Euro 5 environmental standards, special grooves were applied to the crankshaft liners to reduce friction and increase the resource, and the lubricant pressure sensor finally moved from the block head to the oil filter bracket.

Disadvantages of the Peugeot EP6C engine