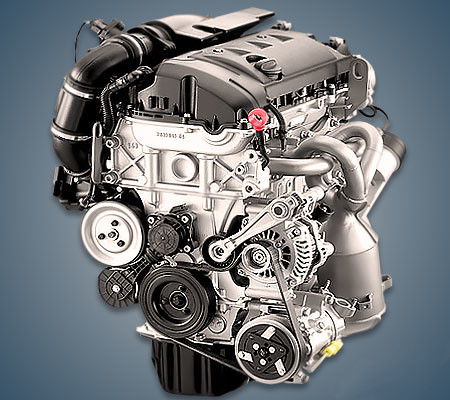 The 1.6-liter Peugeot EP6 or 5FW engine was assembled at the company’s factory from 2006 to 2013 and installed on many popular concern models of its time, such as 207 or 308. Since 2010, a Euro 5 modification of this engine has been produced under its own index EP6C.

In 2006, the Peugeot 207 CC cabriolet debuted with a 1.6-liter engine from the Prince family, which was created by BMW and PSA engineers. The same engine was installed on the Mini as the N12B16A. The design of the motor is quite progressive for its time: an aluminum cylinder block, an aluminum 16-valve cylinder head equipped with hydraulic compensators and a timing chain drive, Vanos-type phase regulators on two shafts, and a Valvetronic throttleless control system. These units also received an adjustable oil pump, as well as an additional electric pump.

This atmospheric power unit was equipped only with distributed fuel injection, however, in the lineup there were also direct injection turbo engines of different forcing.

Disadvantages of the Peugeot EP6 engine