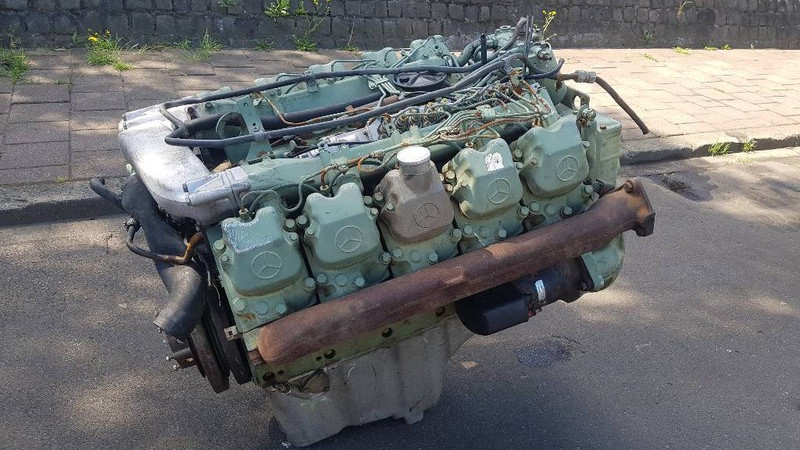 The Mercedes-Benz OM443 diesel engine is a four-stroke and belongs to the 400 engine series, which complemented the 300 series and began development in 1969. The second generation of V10 diesels of the 400 series is represented by the OM 443 engine, which was developed taking into account the environmental standards of Euro II.

OM443 engines are very popular and have been widely used since the beginning of the 1990s in road machinery and large-capacity trucks. This motor is also used in combine harvesters, in particular in the CLAAS Commador 228CS combine harvester. They have the ability to climb climbs of any difficulty and length. The motors are very durable and reliable. And their maintenance costs the owner cheaper than many analogues.

The engine of this series has found its application in technology of very different directions. Among the areas of application of these motors are ship transport, construction and agricultural machines, transport and trucks.