The 1.6-liter Toyota 3ZZ-FE engine was assembled from 1997 to 2009 at the company’s Japanese plant, as well as in the United States. The engine was installed on front-wheel drive models such as Corolla and Avensis. The unit received a variable valve timing system at the VVT-i inlet only in 2000. 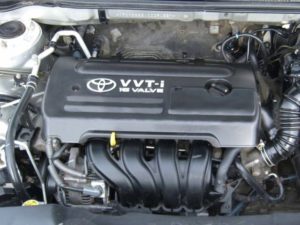 To the above disadvantages, we can add that 3ZZ does not tolerate overheating well. It always ends with a curvature of the cylinder block, after which they just need to be changed. Sleeve and boring are not welcomed by the official manufacturer. The average service life of the unit is 200 thousand km. In general, the ZZ series is not considered particularly prestigious. However, models released after 2005 are still quite suitable for trouble-free operation.