The 1.4-liter Toyota 4ZZ-FE engine was assembled from 1999 to 2009 at the concern’s Japanese enterprise and installed on the most popular front-wheel drive models from Auris and Corolla. This power unit had a variable valve timing system at the VVT-i inlet.

Disadvantages of the 4ZZ-FE engine 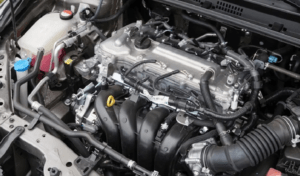 The disadvantage of units of this series is their extreme fear of overheating. Because of this, the cylinder block can move. As a result, it will need to be replaced. Boring in this case is not welcomed and is not approved by the official manufacturer. In general, the engine resource is also not very long – only 200 thousand km. However, in most cases, copies released not earlier than 2005 are completely serviceable and problem-free in operation.