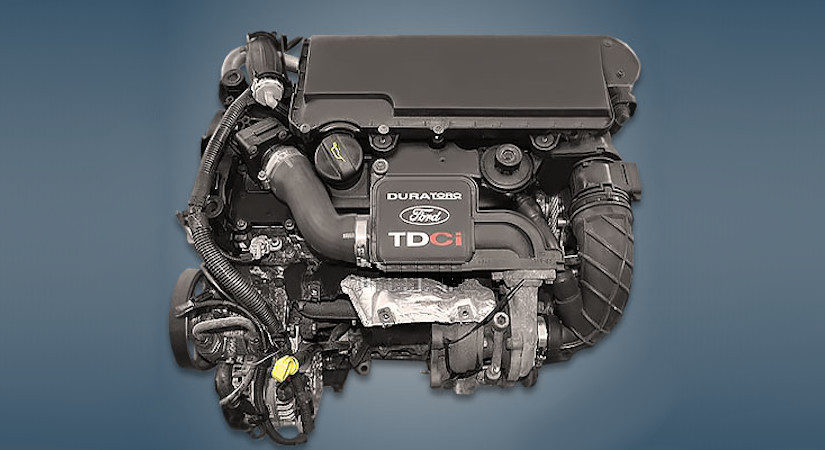 The 1.4-liter Ford 1.4 TDCi or DLD-414 diesel engines were produced from 2002 to 2014 and were installed on models such as the Fiesta and Fusion, as well as on the Mazda 2 under the Y404 index. This diesel engine was created jointly with the Peugeot-Citroen concern and is completely similar to the Peugeot 1.4 HDi.

In 2002, the most compact 1.4-liter Ford diesel engine debuted on the Fiesta model. The unit was created as part of a joint venture with Peugeot-Citroen and has an analogue of the Peugeot 1.4 HDi. Briefly about the design of this motor: there is an aluminum cylinder block with cast-iron liners, an aluminum 8-valve head equipped with hydraulic lifters and a timing belt drive. Also, all versions are equipped with a Siemens Common Rail fuel system with a SID 802 or 804 high pressure fuel pump and a conventional BorgWarner KP35 turbocharger without variable geometry and without an intercooler.

In 2008, an updated 1.4 TDCi diesel engine appeared on the new generation of the Fiesta model, which, thanks to the start-stop system and a particulate filter, managed to be entered into Euro 5 environmental standards.

In total, four modifications of such power units are found on Ford cars. And this diesel engine was installed on the Mazda 2 under its own index Y404.

Disadvantages of the Ford 1.4 TDCi engine