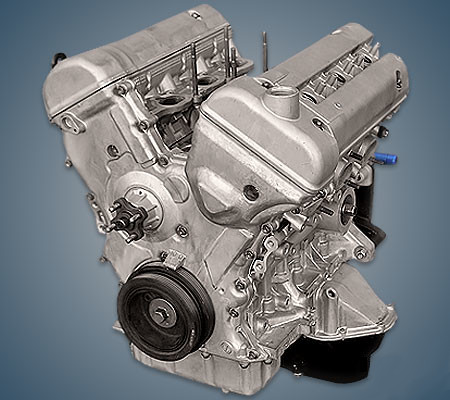 The 2.7-liter V6 Suzuki H27A engine was produced at the company’s factories from 2000 to 2008 and was installed on its largest models: the Grand Vitara XL-7 and the American version of the Grand Vitara 2. There were two modifications of this unit: with a VVT system for 185 hp and without it at 173 hp.

In 2000, the most powerful representative of the H-engine family with a volume of 2.7 liters appeared, which was created specifically for the seven-seater version of the Suzuki Grand Vitara with the XL-7 index. Its design is similar to other engines of the line: it has a distributed fuel injection, an aluminum block with cast-iron liners and a 60 ° camber angle typical for a V6, two aluminum DOHC cylinder heads with hydraulic compensators and a complex timing drive of their three chains.

In 2005, the engine was upgraded for installation on the American version of the Grand Vitara 2, and thanks to the phase control system on the intake shafts, its power increased from 173 to 185 hp.

Disadvantages of the Suzuki H27A engine