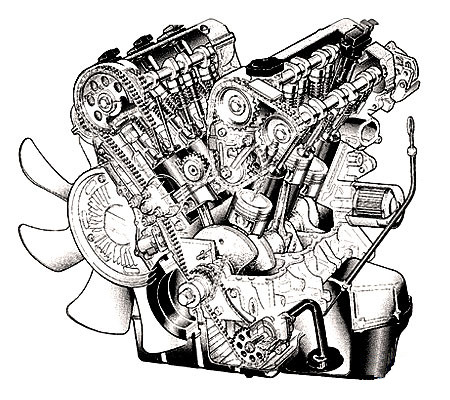 In 1996, the H20A engine appeared on the first generation Escudo, but this engine was most widely used on the second Escudo or Grand Vitara. By design, this is a typical V6 unit for its time with a cylinder camber angle of 60°: it has a distributed fuel injection, an aluminum cylinder block with cast-iron liners, two aluminum DOHC cylinder heads with hydraulic compensators and a complex timing drive of their three chains.

Disadvantages of the Suzuki H25A engine