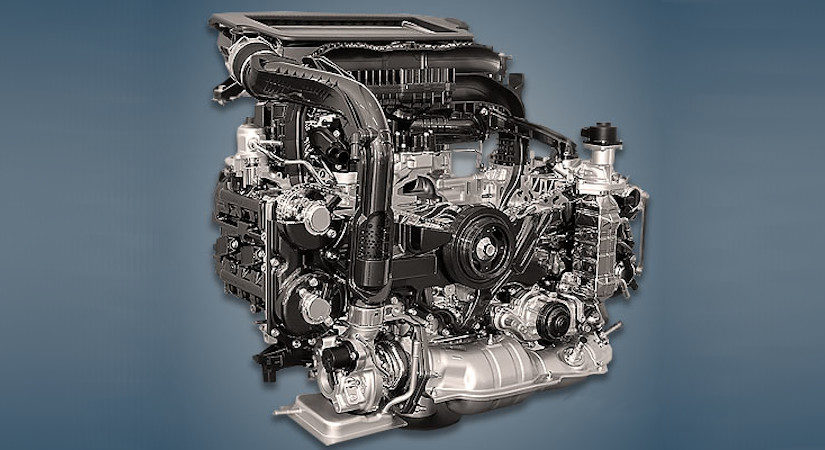 The company first introduced the 1.8-liter Subaru CB18 engine at the 2019 auto show and so far only puts it on two of its models: the second-generation Levorg station wagon and the fifth Forester. This turbo unit is distinguished by the ability to work in a particularly economical Lean Burn mode.

In 2020, a new 1.8-liter turbo engine debuted on the second generation of the Levorg model. And this is a 4-cylinder boxer unit with direct fuel injection, an aluminum block, an open cooling jacket, a pair of aluminum DOHC heads without hydraulic lifters, a timing chain drive and a proprietary AVCS type variable valve timing system. A small Garrett M12 turbine with a conventional air intercooler is responsible for supercharging.

There is also a rather short crankshaft with thin cheeks, which is installed with desaxage, a modern variable displacement oil pump and piston cooling nozzles. Also, the unit can operate in the economical Lean Burn mode, that is, on a lean mixture.

The CB line includes only one internal combustion engine.

Disadvantages of the CB18 engine