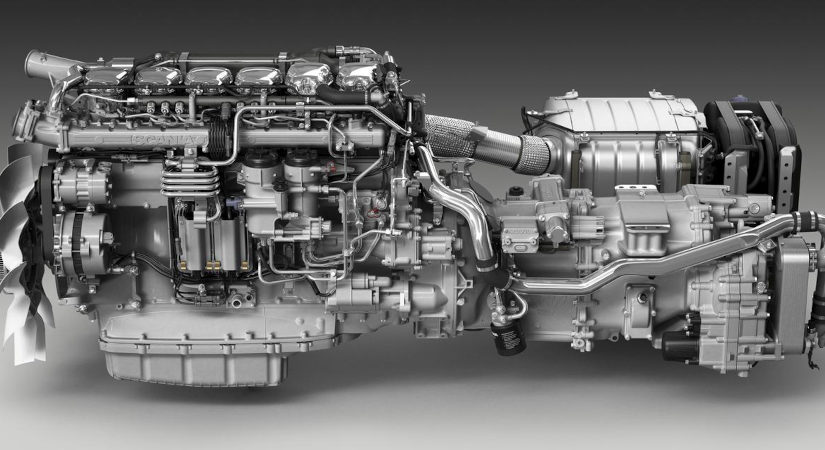 When Scania introduced its new 350 hp V8 engine in 1969, it was immediately named Europe’s most powerful diesel truck engine. And this reputation has remained with him for many years. The concept of this engine assumes a powerful yet compact installation: a V8 engine with a camber of 90 degrees and a displacement of 14.2 liters.

The DS 14 has been turbocharged since launch. This engine, with its V-shaped covers on individual cylinder heads, was even different in appearance. Scania DS14 engines provide maximum torque over a wide rpm range, and their combined power allows them to be used under the highest loads. 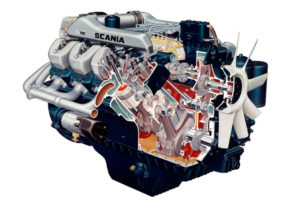 The design feature of these engines is that the cylinder heads are located separately from each other, and the cylinder block itself has replaceable liners, which greatly simplifies the repair of these devices. Maximum power is achieved at a rotational speed of 1900 rpm.

The legendary 14-liter V-8 engines from Scania have undergone significant changes over the years of series production. The strength and reliability of the units were increased, a modern fuel injection system was applied, which allows to reduce fuel consumption and emissions, and many other technologies.

The high performance of Scania DS 14 engines is ideal for various types of specialized transport of particularly heavy loads, as well as when it is necessary to transport goods over long distances.