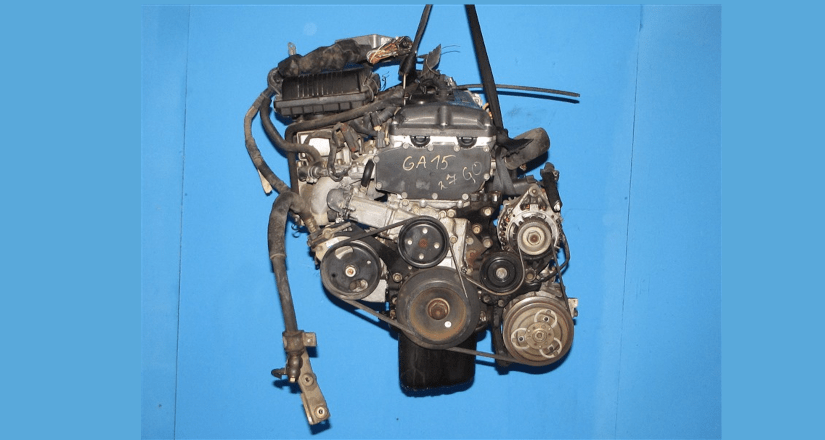 The most common units of the GA series are, of course, 1.5-liter GA15DS and GA15DE. At first it was a carbureted GA15DSB, and in 1994 it was replaced by the GA15DE with multi-point electronic fuel injection. Thanks to electronic injection, the power increased to 105 hp at 6000 rpm, and the torque reached 135 N*m at 4000 rpm. This engine was produced until 2000.

Like all other 4-cylinder engines of the GA series, these engines have a simple design: a cast-iron block, an aluminum head, and two timing chains, since the crankshaft is connected to the camshafts through an intermediate shaft. There are no hydraulic lifters.

Different indexes for engines due to the fuel system:

Disadvantages of the GA15DE engine