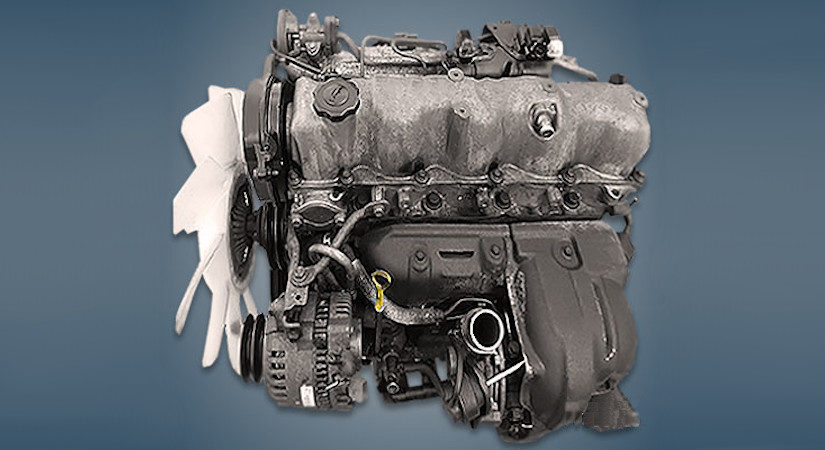 The Mazda WL-T 2.5-litre turbo diesel engine was built in Japan from 1995 to 2006 and fitted to rear and all-wheel drive models such as the MPV, Bongo Friendee and Proceed Marvie. Modifications of this power unit with an electronically controlled high pressure fuel pump are often referred to as WL‑TE.

In 1995, the Mazda WL pre-chamber diesel engine was equipped with a turbocharger and the WL-T engine appeared. Its design is quite classic for its time: a cast-iron block for four cylinders, an aluminum 12-valve SOHC head without hydraulic compensators (3 valves per cylinder), a combined timing belt drive from a camshaft to a high pressure fuel pump and a system of six gears. Versions of such a motor for 110 – 115 hp were equipped with a conventional IHI RHF5 turbine and an intercooler, and more powerful modifications of the unit had the same turbine, but with variable geometry. Also, to reduce engine vibrations, a block of balancing shafts is located in the crankcase.

Disadvantages of the CG10DE engine