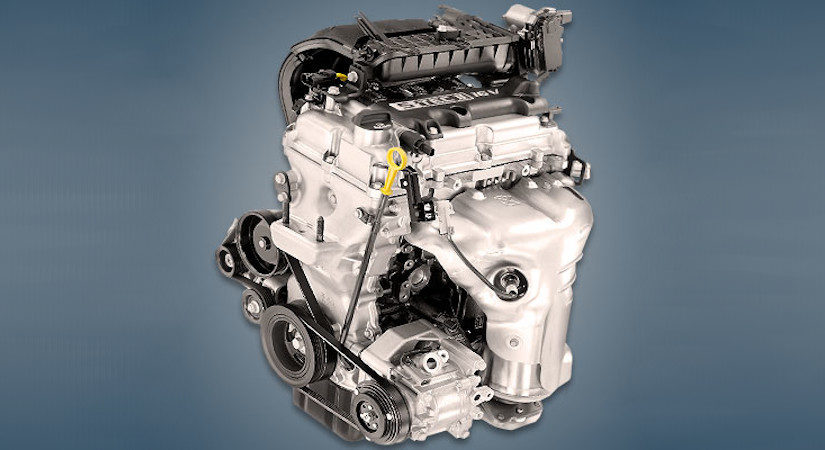 The 1.2-liter Chevrolet B12D1 or LMU engine was produced by the company from 2007 to 2015 and was installed on the group’s most popular budget models, such as Aveo and Spark. A gas modification of the engine was proposed, as well as an LMH version with a reduced compression ratio.

In 2007, the second generation of power units of the Daewoo S-TEC engine series debuted and one of its representatives was an engine with the B12D1 or LMU index according to GM classification. This is a 4-cylinder engine quite typical for its time with a cast-iron cylinder block, an aluminum 16-valve cylinder head not equipped with hydraulic lifters, a timing chain drive, distributed fuel injection, an intake manifold with a geometry change system.

For the USA market, a more powerful version of such an engine with the LL0 index was produced, which was distinguished by a slightly larger displacement and the presence of phase regulators of the DCVCP type.

Disadvantages of the B12D1 engine