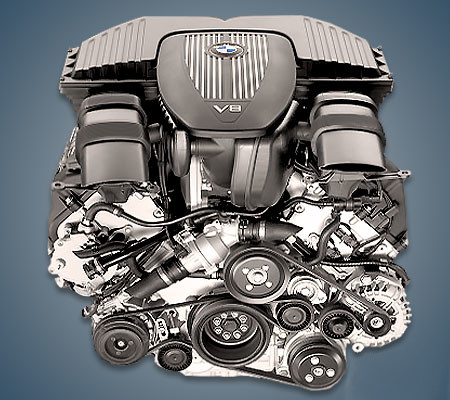 Together with the large-capacity N62B48 engine, the younger brother N62B40 also came out. The basis for the creation of this motor was the N62B48, in the cylinder block of which a crankshaft with a piston stroke reduced to 84.1 mm was installed, the cylinder diameter was reduced from 93 mm to 87 mm.

The cylinder head, in comparison with the N62B36, received modified combustion chambers and exhaust valves for a new exhaust manifold. The material for the manufacture of the cylinder head is now silumin. Exhaust manifold with increased pipe section. The N62B40 uses a new DISA two-stage variable length intake manifold. Bosch DME ME 9.2.2 engine management system.

Disadvantages of the N62B40 engine