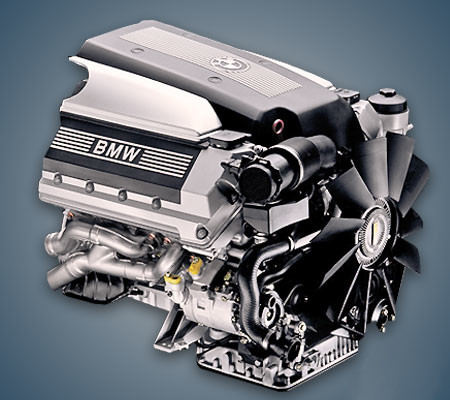 In 1996, the M60 engines were replaced by a new modified M62 series, and the M60B40 engine was replaced by the updated M62B44. The basis for the creation of a 4.4-liter power unit was the predecessor M60B40, the cylinder block of which has changed for an increased cylinder diameter, the sleeves here are nikasil, since 1998 nikasil has been replaced by alusil.

The crankshaft is a new steel long-stroke, with 6 counterweights, the connecting rods remained the old M60, the pistons are new for a diameter of 92 mm.

The cylinder heads are similar to those used on the M60, the characteristics of the M62B44 camshafts have changed (phase 236/228, lift 9/9 mm). The valves remained old: inlet diameter 35 mm, outlet 30.5 mm. The plates and springs are lightened, the cylinder head cover is magnesium.

The double-row timing chain has been replaced with a new single-row chain, the resource of which is approximately 150-200 thousand km. The throttle bodies are new, the intake manifold has been changed, the ignition coils are similar to the M52 engines. In addition, a programmable thermostat was used, the engine management system was replaced with Bosch DME M5.2.

Since 1998, the engine has received a technical update, the VANOS variable valve timing system on the intake shaft, an electronic throttle valve, an intake manifold with smaller diameter channels have been added, the control system has changed to Bosch DME M7.2, and the new engine was called M62TUB44.

Disadvantages of the M62B44 engine 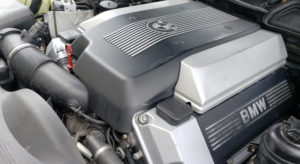