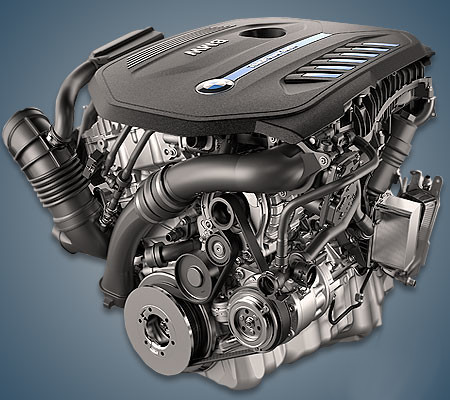 A series of 6-cylinder BMW B58B30 engines with a volume of 3.0 liters has been assembled in Munich since 2015 and put on charged modifications of rear- and all-wheel drive models of the German concern. There are two generations of such engines and the line of S58 sports units created on their basis.

B58 are engines with an aluminum block and plasma sprayed steel on the cylinder walls, an aluminum 24-valve cylinder head with hydraulic lifters, a direct fuel injection system, Vanos phase shifters on two camshafts, a Valvetronic system and a timing chain drive. These engines are supercharged by a Mahle/Bosch twin-scroll turbocharger with an intercooler. It is also worth noting that, unlike the B38 and B48 units, there are no balancing shafts here.

In 2018, an updated version appeared, known in the technical literature as B58B30TU. This power unit is distinguished by a simplified timing drive with one chain instead of two previously, a lightweight crankshaft, a new injection system with pressure increased from 200 to 350 bar, and an exhaust manifold built into the block head. As a result, the weight decreased by 6 kg.

Disadvantages of the B58B30 engine