The 4.0-liter V8 Toyota 1UZ-FE engine was assembled at the Tahara plant from 1989 to 2004 and installed on the most powerful rear-wheel drive models of the Japanese concern of that time. There are two generations of the motor: 1989 without a phase regulator and 1997 with the VVT-i system.

The first engine from the UZ series debuted in 1989 and it was a 4.0 liter unit. This unit was a V-shaped 8-cylinder engine with an aluminum cylinder block, a pair of aluminum heads with 4 valves per cylinder and no hydraulic lifters, a timing belt drive, an ignition system with 2 coils and 2 distributors.

The first time this unit was upgraded in 1994: the injection system was replaced from MFI to SFI, lightweight connecting rods were installed, the compression ratio was raised from 10 to 10.4, which added 5 hp to the engine. Already in 1997, the engine received another update in the form of the VVT-i phase control system. Individual ignition coils also appeared and the compression ratio increased again to 10.5.

Disadvantages of the 1UZ-FE engine

The 1UZ power unit is sufficiently resistant to even very minor flaws during the entire warranty period. It practically does not have significant design flaws, structural flaws in general and for individual units. Therefore, if malfunctions make themselves felt, then they all have a characteristic age tint, which manifests itself upon reaching a high mileage. Also, malfunctions can manifest themselves in the absence of technical inspection, the use of low-quality fuels and lubricants and extreme operation. 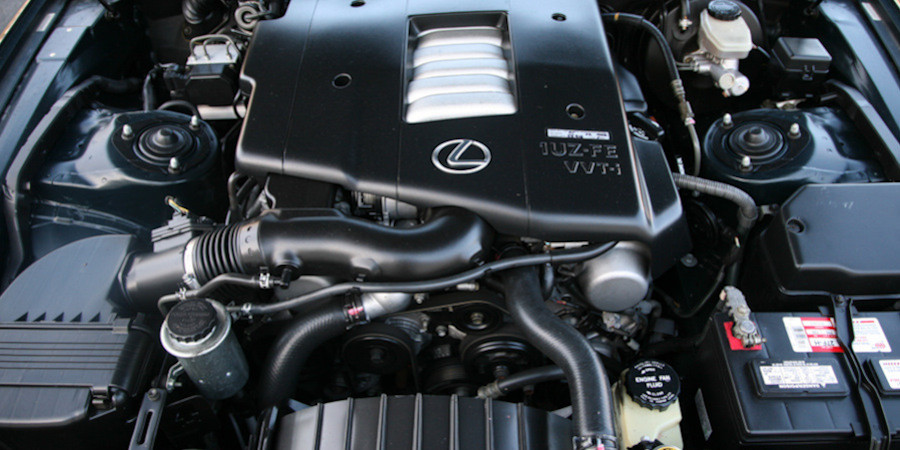 Often on the motor, candles become unusable. In this case, the main reason is poor gasoline. Replacing them yourself is very difficult. The FE-modification of the motor is so reliable that it has long been nicknamed “millionaire” among the mass of consumers. In any case, with proper maintenance and high-quality fuels and lubricants, the motor is capable of safely departing five hundred or more thousand kilometers.