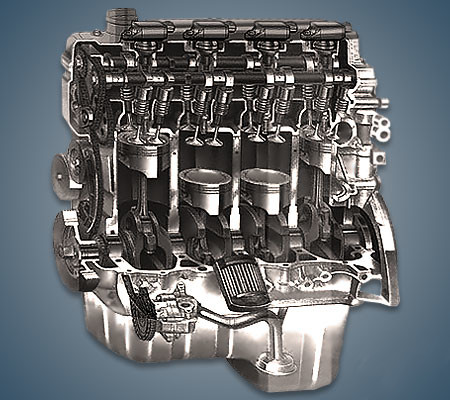 The Japanese company has been assembling the 2.0-liter Suzuki J20A gasoline engine since 1998, and the Grand Vitara with such a unit is still being sold in some emerging markets. There are two versions of the motor with different cylinder heads, camshafts, intake manifold.

In 1998, a 2.0-liter engine appeared under the J20 index on the first generation of the Grand Vitara and it was a unit with distributed fuel injection that was quite typical for its time. It also has an aluminum cylinder block, cast-iron liners and an open cooling jacket, an aluminum 16-valve cylinder head not equipped with hydraulic lifters, a timing chain drive. The motor is very simple in design and it does not have a variable valve timing system.

In 2001, the updated J20A engine appeared on the Suzuki Aerio, the American version of Liana, but the engine gained popularity when it began to be installed on the second generation Grand Vitara. Thanks to the new cylinder head and increased compression ratio, its power has increased from 128 to 145 hp. Even American versions of the engine usually had hydraulic valve clearance compensators.

Disadvantages of the Suzuki J20A engine