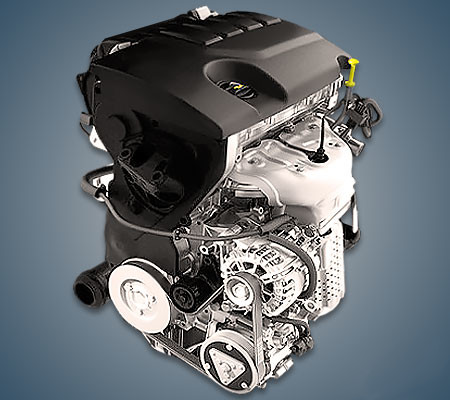 The 1.6-liter Peugeot EC5 or NFP engine has been produced in Brazil and China since 2010 and is installed on such popular budget models of the concern as the C-Elysee, 301 or 408. This engine is essentially a modernization of the TU5JP4 unit and has a Flexible-fuel version of the EC5F.

In 2010, the Peugeot concern introduced a budget engine for the developing countries market, which was created on the basis of the TU5JP4 unit and was distinguished by the presence of phase regulator at the intake. Otherwise, it is a similar engine with distributed fuel injection, a cast-iron block, an aluminum 16-valve block head with hydraulic lifters, a timing belt drive. The ignition coils here are made in a single unit, and the intake manifold is made of plastic.

In addition to Russia and China, this power unit has become widespread in Brazil and therefore there was a Flexible-fuel version, which is known as the EC5F or NFN index.

Disadvantages of the Peugeot EC5 engine