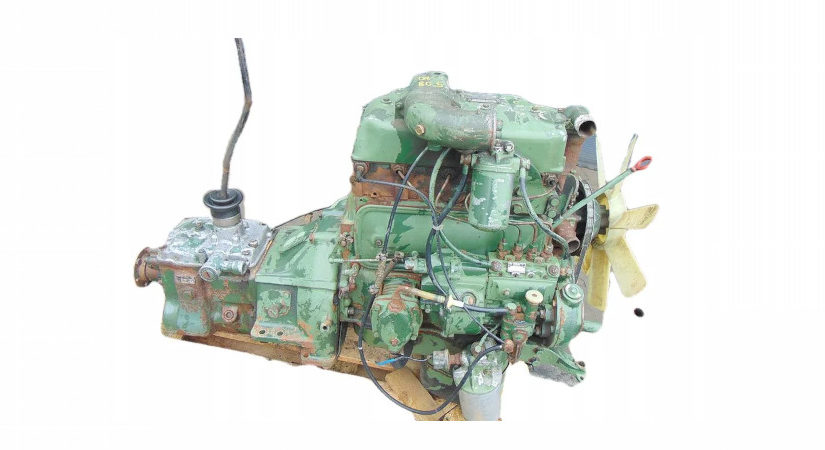 OM314 – Diesel engine manufactured by Mercedes-Benz, four-stroke, volume – 3780 cubic centimeters, which corresponds to 345 cubic inches. It is one of the 300 series of engines that began production shortly after World War II. Specifically, OM 314 saw the light of day in 1964, simultaneously with the 6-cylinder analogue of OM 352 and replaced the predecessor OM 301, which produced 55 hp on 6 cylinders.

Agricultural machinery needed a more powerful engine than the 6-cylinder OM301 available at that time. Therefore, the designers prepared 2 power units to replace, one of which was OM314. The new inline 4-cylinder 8-valve engine had 68 hp.

There were two models of 314 engines (OM314 and OM314A). OM314 is used in combine harvesters. The designation “A” indicates the turbo version of the engine.

In the domestic open spaces, the motor can also be found on tractors and combines. Most of the agro-industrial enterprises specially changed the motors on their equipment for the 314 engine. It is extremely difficult to buy this unit because of its technical parameters, which allow installation on any truck or agricultural equipment, which makes the 314 incredibly popular.

All motors produced by Mercedes cannot be overhauled due to the complex architecture and the need to use special equipment. But, given their resource of 500-600 thousand km, after such a run, the power unit can be replaced.

One of the most common complaints about the OM314 is the wear of the timing gears. This problem can only arise if the owner does not properly control the oil and coolant level, and also does not replace some parts in time. There may also be a problem with the adjustment of the valves.