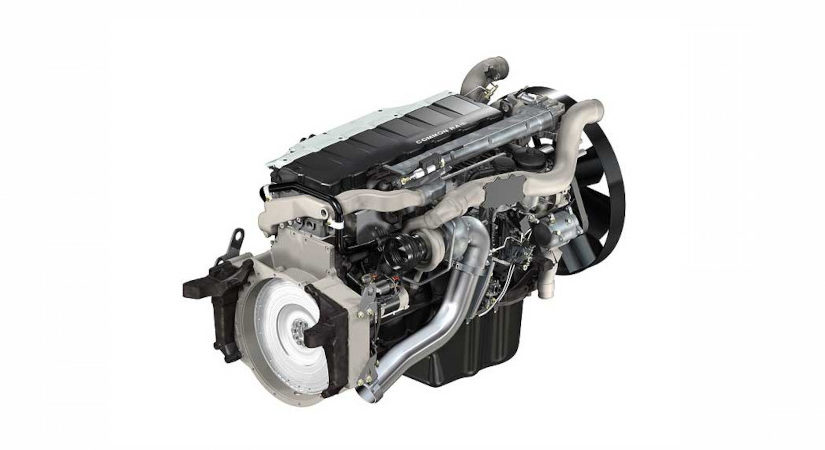 The MAN D0824 engine is a water-cooled 4-cylinder in-line engine that has been in production since 1993. This engine complies with the Euro 2. MAN D 0824 is equipped with a damper (stabilizer) with balancing weights, which is responsible for eliminating dynamic imbalance, expressed in vibration.

In these engines, the distribution mechanism is driven by helical gears located on the front wall of the cylinder block, which are driven by the crankshaft. The number of camshaft bearings is 4. The diameter of each bearing varies from 50.091 to 50.94 mm. The fuel delivery system includes a multi-section fuel pump with RQV (all speeds) and an electronic control system EDC.

In the D0824, each cylinder head is equipped with a rocker arm mounted on two bearings. One head is designed for two cylinders. Each valve has one spring. The intake and exhaust valve springs are identical. The pressure in the engine lubrication system is provided by a gear-type oil pump, which is attached to the rear wall of the timing case. The pump is driven by a gear that meshes with the idler gear. The oil is cooled in a heat exchanger located on the left wall of the cylinder block.

The unloader valve is located in the cylinder block in an upright position next to the oil filter. Oil jets provide cooling to the underside of the piston head. The oil in them comes from the main circuit. The pressure in the cooling system of MAN engines is generated by a centrifugal pump mounted on the front wall of the cylinder block. The pump is driven by a belt from the crankshaft pulley.

MAN D 0824 engines are equipped with multi-section fuel pumps. The pumps are fixed on the left side of the rear wall of the crankcase of the distribution mechanism, the drive is carried out by a gear that meshes with an intermediate gear.

Depending on the purpose of the engine, high-pressure fuel pumps can be equipped with an RQV regulator at all speeds, fixed to the pump crankcase (casing), or an electronic control system EDC, which replaces the regulator and controls the pump operation. The EDC system regulates the fuel consumption depending on the load in accordance with the data received from the senders that control the engine operating mode, coolant temperature, air temperature and boost pressure.

This engine belongs to a diesel engine with a cylinder diameter of 108 mm, a stroke of 125 mm, 4 cylinders, with direct injection and water cooling of the charge air for a truck with an engine located under or behind the cab.