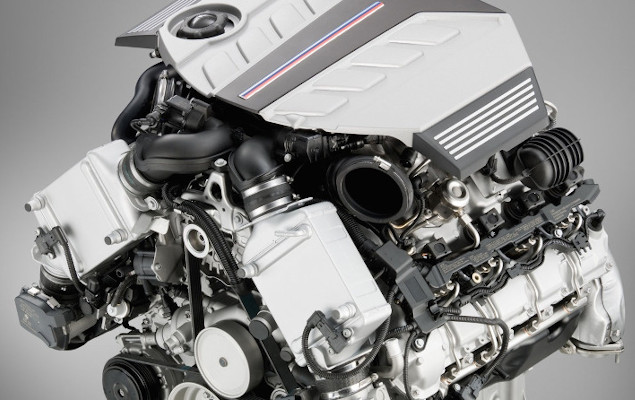 The BMW S63B44 engine is the development of a subsidiary of the BMW carmaker – BMW Motorsport GmbH. It is a variant of the N63 series and was first used in the production of the BMW X6M. The main emphasis of this engine series is placed on economical fuel consumption and high technical characteristics of the unit as a whole. The crossover outlet manifold, the latest Valvetronic system and many other latest developments by BMW engineers have been widely used in the S63.

Disadvantages of the S63B44 engine 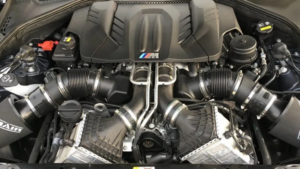 The problem of increased oil consumption is associated with coking of the piston grooves, wear of the rings. The malfunction is eliminated by carrying out a major overhaul with the replacement of the rings. The rapid consumption of oil causes corrosion of alusil, in such a situation, the cylinder block is changed.

The turbines are located between the cylinders – there is a high concentration of heat transfer in the collapse of the block. The oil return pipes of the turbines pass here, which coke, and the turbines fail. The high temperature in the breakup negatively affects the vacuum tubes as well as the plastic tubes of the cooling system.

If there are dips during ignition, you need to check the candles, if necessary, replace them with similar ones from the M-series.

In case of water hammer, the reason lies in the piezo injectors, they need to be replaced.

In order to neutralize problems in the process of using the power unit, it is necessary to monitor the condition of the motor and carry out regular maintenance. Worn out components must be replaced in a timely manner in order to avoid serious problems.