The younger modification of the N46 series, under the name N46B18, was developed in 2004 on the basis of the N46B20 and was produced only for the BMW E46 316. Considering the fact that the E46 was discontinued in 2005, this power unit was not widely used either.

Unlike the base engine, the 1.8-liter crankshaft was replaced with a short-stroke one (81 mm versus 90 mm for 2.0 liters), pistons for a compression ratio of 10.2 and an intake manifold without a DISA system.

This version of the engine was intended to replace the N42B18 and, unlike the 42nd, in the new N46B18 engine, the crankshaft and balancer shafts, connecting rods, cylinder head cover have changed, a different timing chain tensioner is used, a new intake manifold, spark plugs, a generator, the Valvetronic control unit is integrated in the ECU and a few other not so significant little things. Bosch ME 9.2 engine management system.

Disadvantages of the N46B18 engine 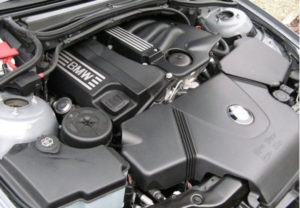