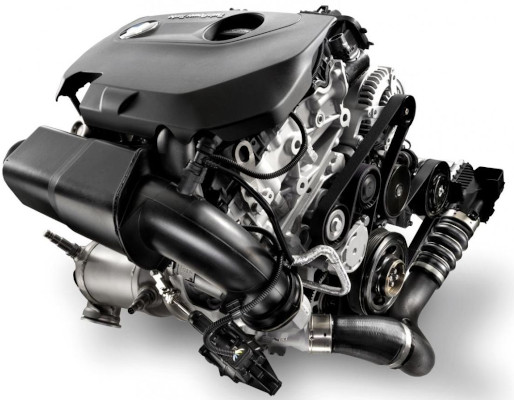 B38 gasoline engines made their debut as part of the i8 coupe hybrid power plant, but conventional modifications soon appeared. By design, there is an aluminum block with plasma-sprayed steel and a closed jacket, an aluminum 12-valve cylinder head equipped with hydraulic lifters and direct fuel injection, Vanos phase shifters on both camshafts, plus a Valvetronic system and a timing chain drive. The engine is supercharged by a single water-cooled Continental turbocharger. It should also be noted the presence of a balancing shaft and a Bosch MEVD 17.2.3 control unit.