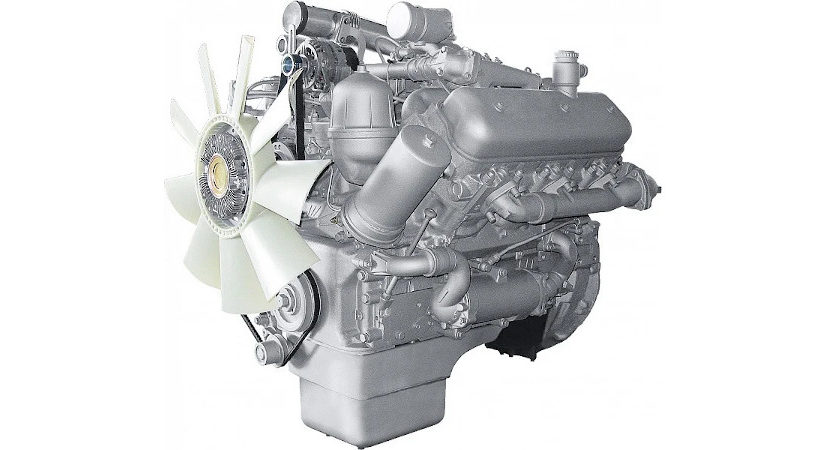 The series of YaM3-7601 engines is the result of further modernization of the classic 6-cylinder V-shaped diesel engines of the Yaroslavl Motor Plant. In essence, the YaM3-7601 engine is a forced YaM3-2Z6BE2 engine, with an increased to 300 hp. power.

Let’s figure out how the 236 Euro-2 engine differs from the YaMZ 7601. The old block was left – it is a cast-iron V6 with a camber angle of 90°, with cast-iron sleeves and with oil nozzles for cooling the pistons. The crankshaft is slightly modified, and the flywheel, pistons, piston rings and connecting rods are left the same. For the 7601 engines, there were 165 l/h oil pumps.