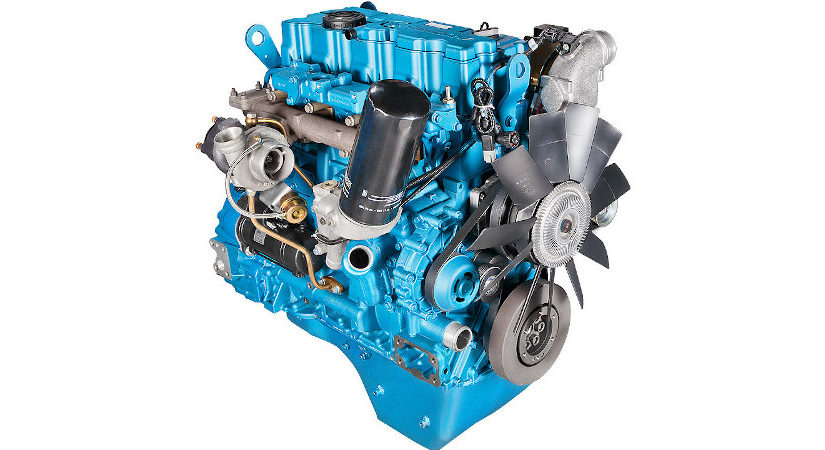 The YaMZ-534 engine is a new family of L-shaped 4-cylinder diesel engines manufactured by the Yaroslavl Motor Plant. The YaMZ-534 series was developed from scratch. This engine belongs to medium in-line diesel engines and is used as a power unit for trucks, dump trucks, chassis, tractors with wheel arrangement 4×2, 4×4, 6×2, 6×4 and GVW up to 12t, as well as road trains up to 21t.

The YaMZ-534 engine is a four-stroke in-line diesel engine with compression ignition, direct injection, liquid cooling and turbocharging. Distinctive features of YaMZ 534 are:

A series of YaMZ-534 engines began to be produced in 2012. There is a cast-iron in-line cylinder block with oil nozzles and cast-iron wet liners. The crankshaft with 88 mm journals and 76 mm crank journals has a piston stroke of 128 mm. As a result, we have a working volume of 4.4 liters. The motor is covered with a head with 4 valves per cylinder. Valve size (inlet / outlet): 36/34 mm. 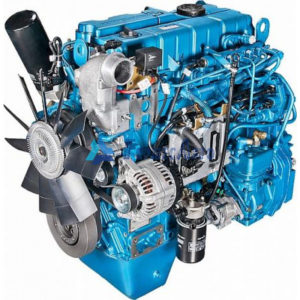 The YaMZ-534 engine has 4 cylinders, arranged in a row-vertically, with a working volume of the combustion chamber of 1018 cm³ each. This is a lower shaft motor and a camshaft in the block. The principle of operation is four-stroke, typical for Otto engines, the order of operation of cylinders 1-3-4-2. The cylinder block is cast from gray cast iron. The cylinders are located in one row, it has one common cylinder head.

The cylinder-piston group with a piston made of an aluminum-silicon alloy (silumin) and a “wet-type” cast-iron sleeve is attached to a double-T-section connecting rod cast from cast iron with a special bronze insert using a “floating type” pin with two retaining rings. The other side of the connecting rod is attached with two bolts to the crankshaft connecting rod journal through bushings (bronze plain bearings).

The crankshaft is forged with nitrogen hardened journals, five pivot points and counterweights. The camshaft is gear driven. The flywheel housing is cast separately from the block. Steel flywheel with a separate gear rim (used for starting the engine). The YaMZ-534 engine has a water cooling system and an oil lubrication system of a mixed type (under pressure and by a spray method), water and oil coolers are installed separately from the engine.

The engine has a built-in oil cooler and is equipped with a 1 or 2 kW generator. Hydraulic gear pumps are installed at the rear and front of the engine. The motor also has a built-in compressor for pneumatic brakes with a capacity of up to 200 l/min. The intake manifold is equipped with a manually and electrically operated emergency stop valve for the engine. The design of the crankcase and flywheel is carried out in several variations adapted for the installation of gearboxes of Russian and foreign production.

There are additional modifications of this engine:

All these modifications of 4-cylinder diesel engines are maximally unified with each other and cover the power range from 136 to 215 horsepower, are turbocharged and have the same volume – 4.43 liters. At the same time, the indicator of the minimum specific fuel consumption is, according to the manufacturer, 145 g/hp*h. And this number is a very good indicator by modern standards, in line with the most current fuel efficiency standards.

In addition to turbocharging, the YaMZ-534 diesel engine received a charge air cooler installed directly on the product in which the power unit is used. The increased energy of injection into the combustion chamber is provided by common rail fuel equipment from Bosch.

The electronic control unit of YaMZ-534 engines is equipped with modern protection against: exceeding the maximum speed and temperature of the coolant, reducing the minimum permissible pressure in the oil line. In case of fixing an emergency, the engine is stopped automatically.

Features of operation and malfunction of YaMZ-534

The operation of the YaMZ-534 engine will be as efficient as possible. This is achieved by the presence of a universal battery-type fuel system. It is additionally equipped with a control unit that supplies the exact amount of fuel to the system, depending on the needs of the vehicle, which allows you to reduce fuel consumption at maximum power and increase efficiency.

As for malfunctions, here you need to monitor the state of the USR, where carbon deposits accumulate and the valve wedges. This problem is solved either by regular cleaning or by plugging the EGR and flashing the ECU for operation without this valve.

Also, the motor can consume oil. In this case it is necessary to check the valve guides, because they can wear out and oil will flow through them. The turbine serves approximately 250-300 thousand km. For this run, you need to control its condition so that the dead turbine does not pull other costs along with it. In the event of a turbocharger failure, it is advisable to install an analogue. There are cases of turbine breakdowns even up to 50 thousand kilometers.