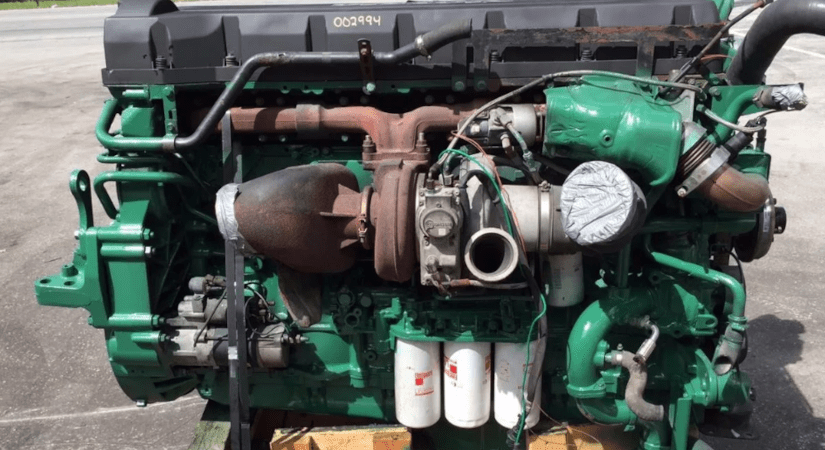 All that the Volvo D16C610 engine has kept from its predecessor is the size of the cylinders and the main bearing bolts. At the time of release, the new engine was developed taking into account the latest technical advances. The inline 6-cylinder engine received 4 valves per cylinder, unit injectors and electronic control. The Volvo D16 C610 is now equipped with a powerful VEB engine decompression brake linked to the gas distribution system.

The differences between the two modifications of the D16C engine are minor. For example, on a 550-horsepower unit, the nozzles have five holes in the atomizer, and on the 610, six. The motor has become 100 kg lighter (1270 kg). It features quieter and softer operation. This was achieved in large part due to the placement of the camshaft drive gears, the oil pump at the rear. The reliability of the structure has increased, which made it possible to increase the intervals between scheduled maintenance up to 90 thousand km. 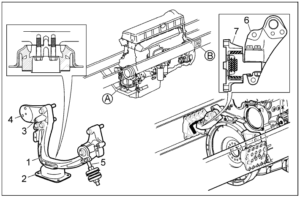 On the right side of the mounting there is a holder for the fan belt roller (3) and belt tensioner (4). There is a reaction bar (5) between the front attachment and the cross member. Each of the two rear mountings (B) is in two parts. The brackets (6) are bolted to the common transmission and flywheel housing. The rubber bumper brackets (7) are bolted to the inside of the taper of the frame members.