The production of diesels of the 1HD series was launched in 1990, then the engine appeared on the Toyota Coaster bus and the Land Cruiser 80 SUV. The 1HD engine turned out to be not only very reliable and not whimsical, but its power indicators are quite impressive. The simplicity of the design allows you to repair and service the motor yourself. 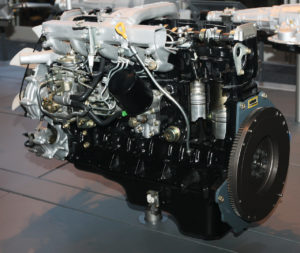