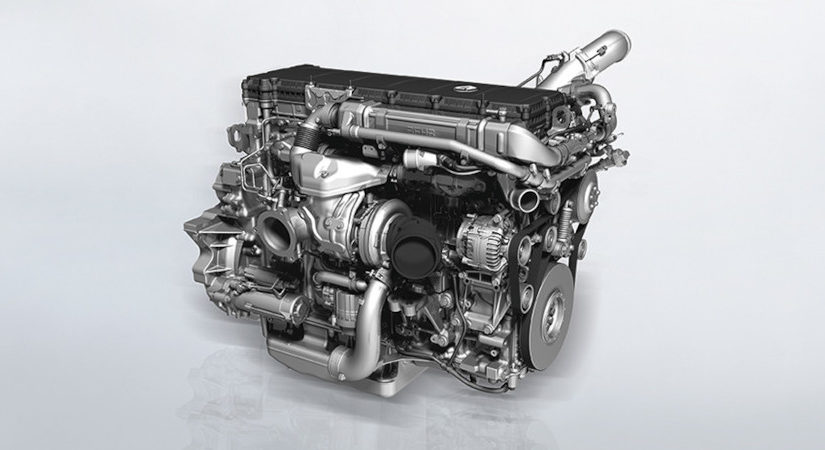 OM471 engines first appeared in 2011. Inline, 6-cylinder engines with a working volume of 12.8 liters replaced the V-shaped predecessors. They received an innovative X-Pulse injection system, an asymmetric turbocharging system and compliance with Euro 6 environmental standards. After revision, the engineers were able to reduce fuel consumption by another 3%, increase torque to 2600 Nm (for a 530 horsepower engine) and improve traction. characteristics of cars.

Motors began to be installed on the latest heavy-duty trucks – Antos, Arocs and Actros machines. To date, more than 250 thousand of these engines have been sold around the world. 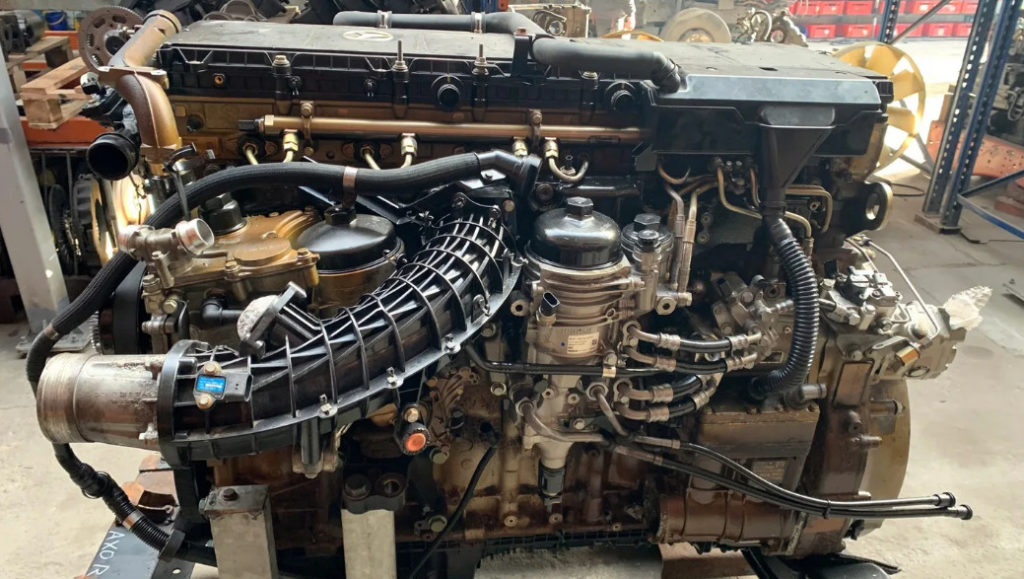 The fuel injector – with a spray, where instead of seven there are now eight holes. Under the modified spray, the geometry of the combustion chamber in the piston was changed, the compression ratio was increased from 17.3: 1 to 18.3: 1, and the exhaust gas recirculation (EGR) ratio was reduced. According to the new torque curve, the most economical mode has shifted towards the lower engine speed range. Another new feature is asymmetric injection. In normal driving mode, the injectors of all six cylinders of the OM 471 are supplied with the same amount of fuel.

One thought on “Engine Mercedes OM471”