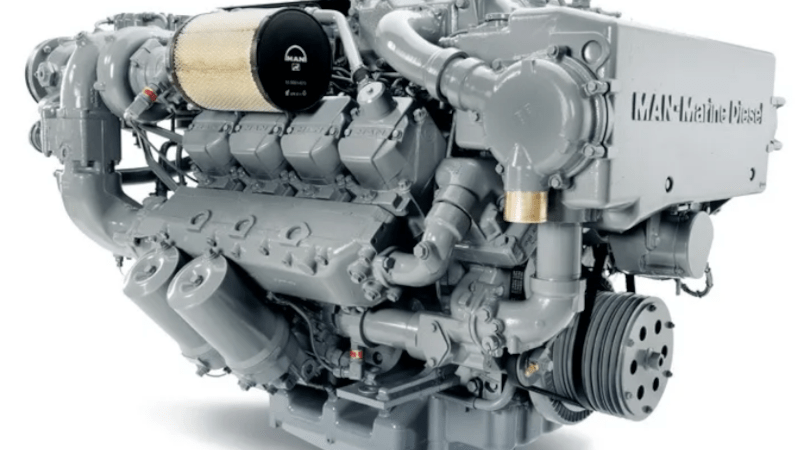 The MAN D2868 diesel has been produced since 2007, and it is largely thanks to it that MAN TGX won the international Truck of the Year competition in 2008. In Europe then there was no more powerful serial diesel engine – 680 hp. and 3000 Nm. Until 2014, that is, before the presentation of the 15.2-liter MAN D3876 inline-six at an exhibition in Hanover, this eight was the Bavarians’ flagship engine.

The D 2868 engine The MAN D2868 engine is interesting already because it was developed by MAN itself in the early 2000s, but on the basis of the same block casting and a number of design solutions, the engine is also produced by Liebherr, which is known as a manufacturer of various construction equipment. In 2002, a cooperation agreement was signed between them. Moreover, this is one of the examples of Liebherr’s work as an engineering company – there are some specific differences in its motor. As a result, Liebherr makes its own engine – D9508, and MAN makes its own – D2868.

It would seem that you can use the modernized piston engine-veteran D2866, in-line “six”, but no – sleeves, connecting rods have been radically altered. And the pistons are completely steel, with a special polymer applied to the skirt and a personal channel for supplying oil to cool the piston. The edges of the combustion chamber of the piston, made of heat-resistant steel, will not burn during operation at maximum loads and this skirt will not break off. For the V-8, a new, stiffer, split 4-valve head was developed that was uniform across all cylinders of this engine. The D2868 engine is unified in many ways with MAN in-line diesel engines of the D20 and D26 series, but not in terms of components and assemblies. Separate circulation of coolant and oil was applied through the block and the cylinder head. In them, the gasket seals only the gas joint and if it burns out, the “water” will not go into the pan and the oil will not get into the “water”. But what is simple enough to do with a common head for all cylinders is much more difficult to do with separate ones. However, the Germans managed to make separate circulation on this G8 as well. For the first time in its history, MAN has applied a uniform casting of the main bearing caps. The block of such a powerful engine is experiencing increased loads, so it was necessary to select high-strength cast iron and carry out serious strength calculations.

The motor was created for the Euro-4 toxicity standards just introduced in the European Union, so it was immediately equipped with a Common Rail system. By this time, MAN had completely switched from engines with mechanical injection pumps to electronically controlled fuel systems. But with the neutralization of exhaust gases then there were “options”. Initially, for the implementation of Euro-4 MAN diesel engines, the cooled gas recirculation system EGR and the PM-KAT particulate filter from MAN were used, that is, without the use of AdBlue. The same scheme of neutralization was used on the “eight” D2868. At the time, MAN’s management stated: “The company will continue to adhere to the EGR and PM-KAT® concept to achieve Euro 5 and will propose it in a timely manner, by the legal deadline”. 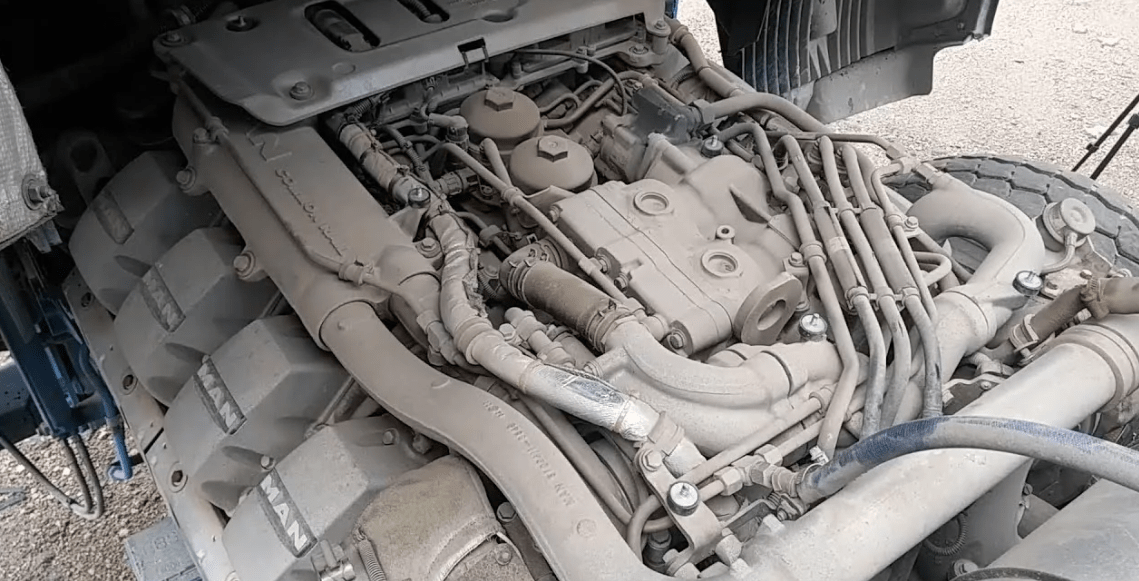 However, three years later, all new MAN engines were switched to neutralization using SCR technology – with an aqueous urea solution. It turned out that when the engine is operated on diesel fuel with a high sulfur content, somewhere in the 200-400 thousand mileage, corrosion destruction of the piston group occurs. As a result, the bottom of the aluminum pistons looked like molten. Most likely, the steel pistons did not have such a defect, but the D2868 engine is equipped with an SCR system with all the necessary attributes, especially since it is of Euro-5 level.