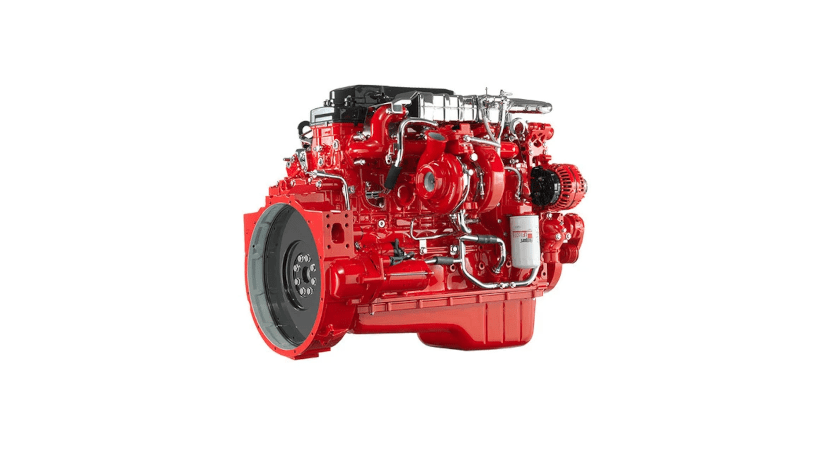 The Cummins ISB 6.7-liter in-line six-cylinder turbo diesel engine is the latest and largest version of the B Series. The ISB 6.7 is also the most powerful diesel engine produced by Cummins (350 hp and 881 Nm of torque) for light / medium trucks.

Its predecessor, ISB 5.9, was in production for almost ten years. It was outdated at the time and had reached the limit of improvement in terms of fuel consumption and emissions. The market wanted a new engine for trucks and medium-duty buses, and the ISB 6.7 engine was the answer. 6.7 ISB had an increased bore (107 mm) and piston stroke (124 mm). This increased its working volume to 6.7 liters. The engine block is still cast iron. On top of the block is a 24-valve cast iron cylinder head, similar to ISB 5.9. The difference between the ISB 5.9 and 6.7 cylinder heads is that the ISB 6.7 cylinder head has holes (a head with holes for the sensor) on the intake manifold side. Compared to the latest generation 5.9L there are many changes, but the overall design remains the same. The 6.7-liter Cummins engine featured high pressure common rail fuel injection, an electronically controlled fuel pump, and new equipment to reduce emissions. 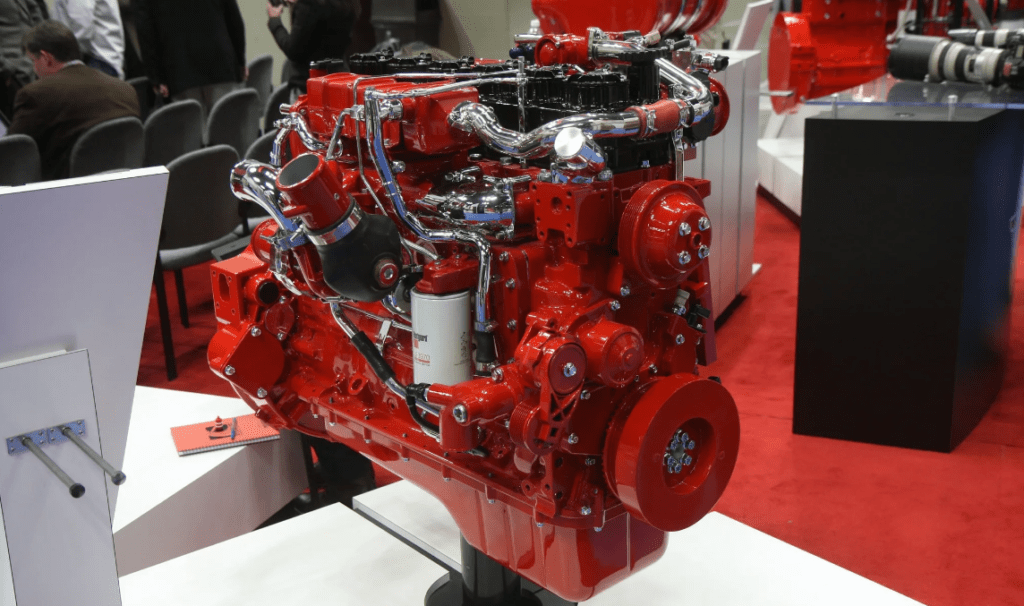 The new version has been developed to meet the stricter requirements of the Federal Emissions Legislation. In 2007, the first year of production, it was the first Cummins diesel engine to be equipped with a particulate filter (DPF). The DPF filter removes soot from exhaust gases by more than 90%. The diesel particulate filter has a ceramic matrix that filters soot particles and regenerates them at high temperatures by being heated by the exhaust gases. The engine also had a cooled exhaust gas recirculation (EGR) system. For the 2010 model year, the engine received additional DEF (Diesel Exhaust Fluid), SCR (Selective Catalytic Reduction) and EGR cooler. DEF is injected into the DPF to aid the soot regeneration process at a lower temperature. Thus, for every 100 liters of diesel fuel, 2 liters of DEF are consumed.

The improvement process has never stopped during the last ten years of production, which is why the 2017 engines are already producing up to 1220 Nm of torque. ISB 6.7 was also the basis for a smaller version – ISB 4.5 (4.5-liter inline four-cylinder turbodiesel).

The 6.7 ISB is the most reliable Cummins B-Series engine. Fits are low as standard. Common problems are associated with exhaust equipment and the common rail injection system. Exhaust gas recirculation is prone to clogging, a problem common to all engines equipped with this system. DPF longevity is about 160,000 km. Some owners choose to install DPF removal kits, which are undeniably cheaper but less environmentally friendly. Also keep in mind that long downtime is unacceptable for VGT. Fuel injectors ISB6.7 also require attention at 300K + mileage. Owners report that the 6.7 injectors are more reliable than the injectors used in the 5.9 version.