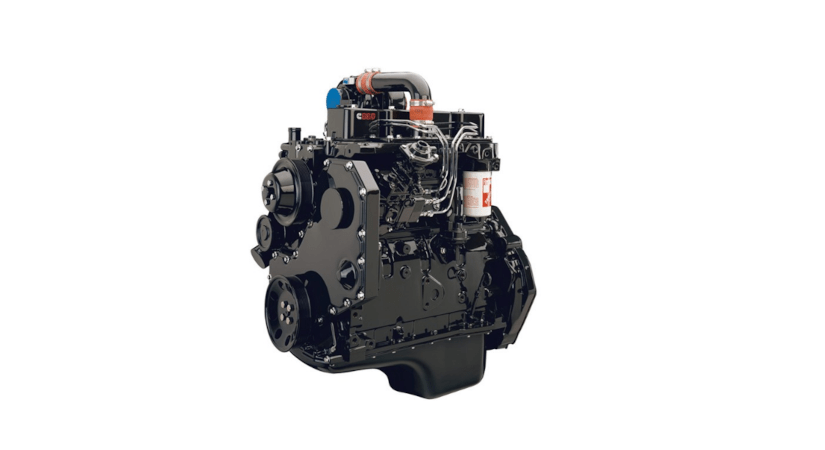 The 4BT engine is a water-cooled, in-line 4-cylinder turbodiesel engine from the Cummins B series. The engine has a cast iron cylinder block with holes drilled directly into the cylinder block. Valve mechanism of the engine – OHV. The camshaft is mounted in a block and is driven by the crankshaft through gears at the front of the engine (as well as the oil pump).

The camshaft opens and closes the valves, pushing the rocker arms with tappets and solid tappets. The cylinder head is also made of cast iron. The inlet and outlet pipes are on opposite sides (cross flow cylinder head). There are 8 valves, 2 per cylinder. 4BT is equipped with a mechanical direct injection system. Early versions were equipped with a mechanical P7100 injection pump, driven through a camshaft gear.

The 4BT engine has a turbocharger but no intercooling. The intercooled version (named as 4BTA, where the letter A stands for “aftercooling”) has a lower compression ratio of 16.5: 1. Low compression and cold air provide higher boost. The 4BTA engine provides more power and torque and is more suitable for installation in a small truck or pickup, but keep in mind that the 4BTA is an industrial engine. Air-cooled car engines are numbered differently depending on model and year. A naturally aspirated industrial version called 4B with a compression ratio of 18.5: 1 is also available.

The 4BT is inherently not as balanced as its 6-cylinder sibling, so it produces a lot of vibration and is not as smooth as it gets. The 3.9 liter Cummins engine has been a popular choice for many commercial cargo vans, used in industrial equipment such as powertrains, drilling machines, large water pumps, wood chippers, etc. 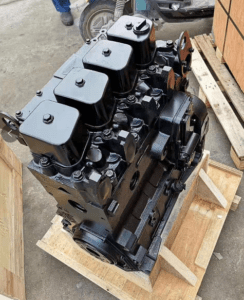 B Series motors require very little electronics, are cheap and easy to rebuild or repair. P-pump diesels are easier to modify and more reliable than newer diesels with modern VP electric pumps. But the 4BT is actually an old massive diesel engine. It’s noisy, wobbly, smoky like an old diesel. The 4BT is quite difficult to install under the hood of a small vehicle due to its large dimensions – it is tall and weighs a lot, and it also needs space for an intercooler and pipes. This power is not enough for a full-size truck or SUV, while its weight increases the load on the front suspension and negatively affects the handling of a small 4-wheel drive vehicle.