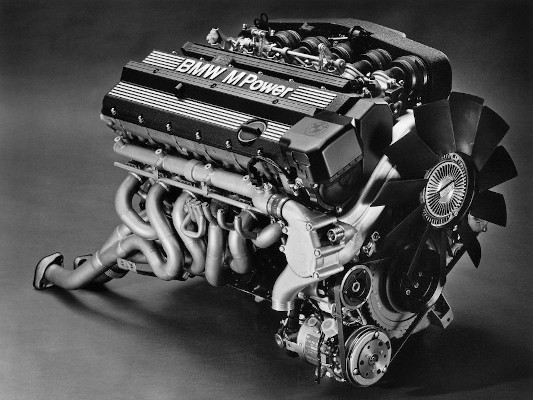 The BMW S38B38 engine appeared in 1992 and was developed on the basis of the S38B36: a crankshaft with a piston stroke of 90 mm and with 12 counterweights was used, connecting rods were 142.5 mm long, the cylinder diameter was increased to 94.6 mm, new lightweight pistons with a compression height of 30.7 mm, the compression ratio increased to 10.5, and the working volume reached 3.8 liters.

All this made it possible to improve the behavior of the car at low and medium speeds and increase power to 340 hp at 6900 rpm.

Disadvantages of the S38B38 engine

Among the impressive list of breakdowns, the likelihood of cracks in the cylinder block in the unit stands out. The formation of cracks occurs near the threads where the cylinder block bolts are fixed. The presence of oil in the thread, as well as frequent disassembly of the unit, provokes the appearance of such a breakdown. This breakdown is easy to spot. Its presence is immediately reflected in an increase in the consumption of antifreeze and the presence of an emulsion in the oil. The only option that allows you to get rid of this breakdown is to install a new unit.

The s38b38 motor overheats only in three situations. Clogged radiator, pump or thermostat. Sometimes this trouble occurs in the event of a plug in the cooling system.

Lack of crankshaft operation during engine start. The failure of the starter, poor fastening of the terminal, or disconnection of the ground bus present on the engine body can provoke the appearance of this breakdown;