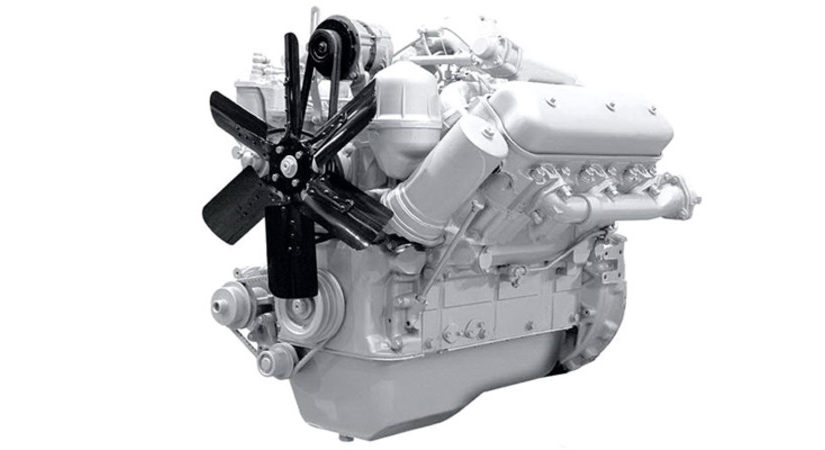 The YaMZ-236 engine is the first of the V-shaped power units of YaMZ, before it the Yaroslavl Motor Plant produced only in-line engines: 4-cylinder YaAZ-204 and 6-cylinder YaAZ-206. Since the layout of the new engine was found to be more successful, the production of in-line models of the old model was discontinued in the eighties of the last century. All the remaining V-shaped diesel engines YaMZ, this is only the development of the design developments laid down in the design of the YaMZ-236 engine.

All six-cylinder engines of the YaMZ-236 series, regardless of the presence of a turbocharger, have the same volume – 11.15 liters, dimension DxS 130 by 140 mm and a camber angle of 90°. The YaMZ-236M2 engines are six-cylinder models of the family of four-stroke diesel engines of Avtodiesel OJSC.

The YaMZ-236 engine has fairly high technical characteristics. It is equipped with 6 cylinders that are parallel and tilted 90 degrees. The fuel enters directly into the cylinders, that is, the direct injection type. The pressure in the engine is 16.5 atmospheres. The piston has a diameter of 130 mm in the base and 140 mm in the repair version, with a stroke of 140 mm. The engine is equipped with a mechanical high-pressure fuel pump and injectors, which directly and inject into each cylinder. Each block head has 6 valves – 3 inlet and 3 outlet. Cooling system – liquid with forced circulation, which is driven by a water pump. 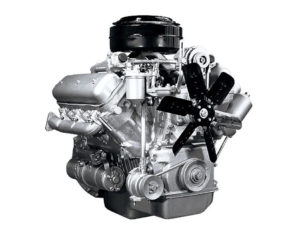 Power units are designed for operation at ambient temperatures from minus 60° C to plus 50° C, relative humidity up to 98% at 25° C, dust content up to 0.4 g/m3, as well as for driving in mountainous conditions at an altitude of up to 4500 m above the level sea ​​and overcoming passes up to 4650 m above sea level with a corresponding decrease in power and economic indicators.

Recommended grades of fuels used for the engine, depending on the ambient temperature: