The Mercedes-Benz OM607 is the first diesel engine developed from a collaboration between German Daimler AG and French car manufacturer Renault. The OM 607 engine is a 4-cylinder in-line engine with a capacity of 90-110 hp, equipped with a Common Rail system. Installed on Mercedes-Benz A-Class, Mercedes-Benz B-Class.

The modern upgraded version has a special coating of the cylinder sliding surface, which reduces friction, lubrication and cooling systems with low resistance and a start-stop system. In the Renault Megane model, this engine can consume an average of 3.5 liters per 100 km, according to the manufacturer. After the intervention of Mercedes technicians, the engine received bearings from gasoline engines, a dual-mass flywheel, a starter and a generator from the bowels of Daimler – as a result, the engine began to work with less vibrations. The start-stop system operates at temperatures above -10C°. The 1.5-liter engine is 30 kg lighter than the 1.8-liter. According to the Mercedes classification, the new engine has the OM 607 index.

Graph of power and torque versus engine speed OM 607: 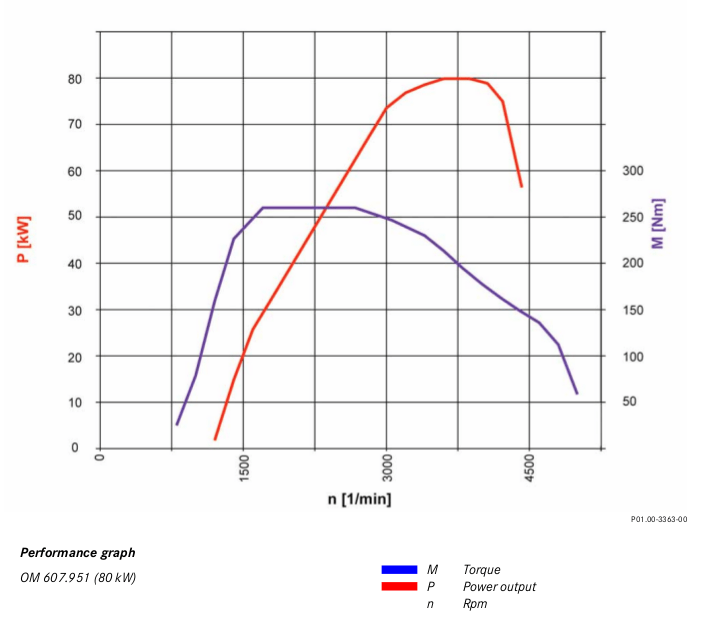